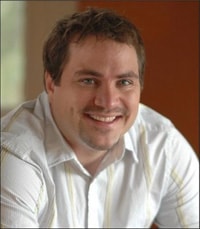 More developments in the tale of purported “ex-gay” Donnie Davies, whose “God hates a f*g” video sent folks on a quest to discover his true identity. Late Friday, another video from Davies showed up (below) in which he claims he’s being attacked for being overweight.

And although it appears he’s denying the charge, Donnie Davies was unmasked on Saturday as actor Joey Oglesby. One of blogger JoeMyGod’s readers alerted him to the comedian who is the spitting image of Pastor Donnie Davies.

According to his resume, “Joey Oglesby recently appeared in a production of Debbie Does Dallas: The Musical. Joey Oglesby is a former member of the Chicken & Pickle Guys sketch comedy duo.”