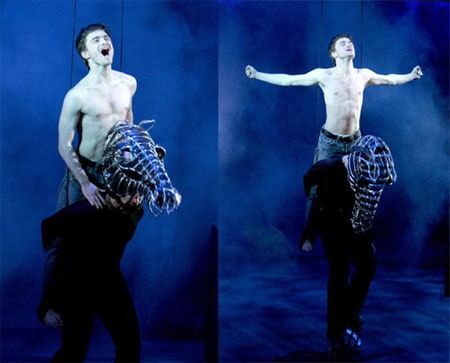 “I’m the king of the world!” Or at least of London’s West End, and potentially Broadway: “The show’s been receiving never-before-seen levels of ‘buzz’ namely do [sic] to the young Harry Potter star’s disrobing on stage. The show, which Riedel also reports has the highest ever advance for a play in West End history is due to end its limited run in June when filming begins for the sixth Harry Potter film. A potential Broadway production would likely happen after that filming is complete.”

Something tells me this would get the gays back in the theater.

Previous Post: « Spin Control: Tim Hardaway Talks About his Hate Speech
Next Post: “That’s So Gay” Gets its Day in Court »