Patrick Dempsey reports to Access Hollywood‘s Billy Bush that there have been no recent outbursts from Isaiah Washington since he returned to the Grey’s Anatomy set. 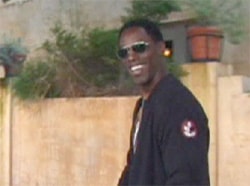 Said McDreamy: “It’s hard. I haven’t spent enough time around to honestly know what’s going on with him. I haven’t spoken to him about it. You do have a feeling when you look at him that something is different and that he is working on things. You can’t get away from the fact he’s doing a great job on the show. He does beautiful work. He’s very passionate about it. He allows himself to feel deeply and sometimes, that’s very difficult to contain and control appropriately…I think good will come from this.”

Hollywood website TMZ caught up with Isaiah outside L.A. restaurant Orso last week (video). According to Washington, “everything is a blessing” with regard to his relationship with T.R. Knight. When TMZ asked if he had made amends with the gay community, Washington replied “I don’t know. What have you heard?” When asked about his staying on the show, Washington says: “I think that’s the important thing, still giving the people what they want.”