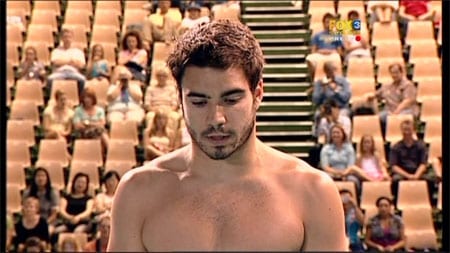 This one’s for the Alexandre Despatie fans out there. The French-Canadian diver fetched the silver medal with his partner Arturo Miranda in the men’s three-metre synchronized diving final at the world aquatics championships in Melbourne yesterday.

Despatie says he is fully recovered from a neck injury that kept him from competing for over a year. 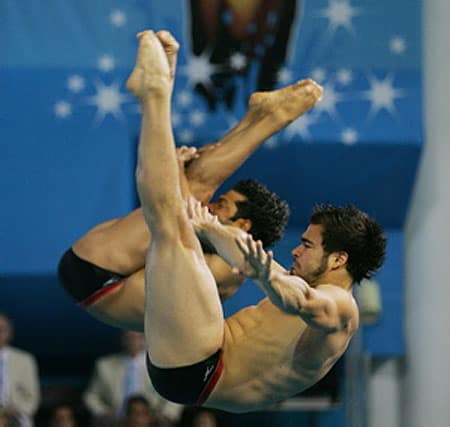 In November, however, he was recovered enough to teach show gay Canadian Commentator Rick Mercer the way off the high platform.

Previous Post: « Larry Kramer: “Who Cares if a Faggot Dies?”
Next Post: Towleroad Guide to the Tube: #102 »