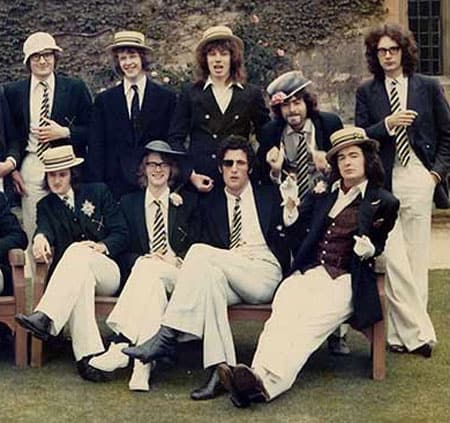 A photograph taken of English Prime Minister Tony Blair (top row, center) while he was at Oxford in the 70’s has been in circulation for a while — in a more sanitized state. The photograph had an “obscene gesture” excised from it to protect the PM’s image.

Father Nicholas, a contemporary of Blair’s at Oxford who originally provided the photo to a news agency with the prerequisite that the gesture be taken out, said he wasn’t surprised that the original image has finally surfaced.

He added: “I suppose the BBC lawyers would be a bit worried if I was to suggest he was drunk in that photo. On the other hand, it’s probably more defamatory to say he was sober.”