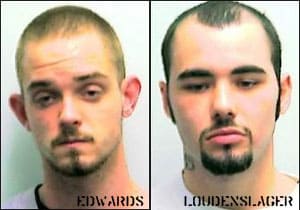 Last October I posted about an assault against a gay man in the town of Elmira, New York. The attackers reportedly approached their victim, Jaimie Briggs, asked if he had a lighter, and then began attacking him.

At that time, Briggs said: “They attacked me because I am a homosexual, and they said you’re going to die tonight faggot. The one hit me in the face and I blacked out and fell on the ground, and then they started going crazy and kicking me in the face repeatedly. Knocking me around, and every time I stood up they would kick me in the face again and knock me down to the ground.” 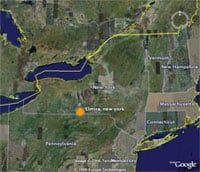 During the trial, the defendants challenged Briggs credibility, based on his own criminal record, according to the Star Gazette: “Briggs has convictions for falsely reporting an incident, petit larceny, two misdemeanor driving-while-intoxicated charges and three felony DWIs. The DWI convictions landed him in Chemung County Drug Court, and he is currently in the Chemung County Jail for violating terms of his Drug Court program…”

The defendant’s attorney says she accepts the verdict: “I respect the verdict, and I respect the jury process. The whole basis of the hate crime turned on (Briggs’) statement. There wasn’t any other evidence. So whether it was an issue as to his credibility, you’d have to ask them.”

Sentencing is on May 4th. Edwards and Loudenslager are free on $2,000 bail.

You may have missed…
Two Men Charged in Anti-Gay Attack in Elmira, NY [tr]