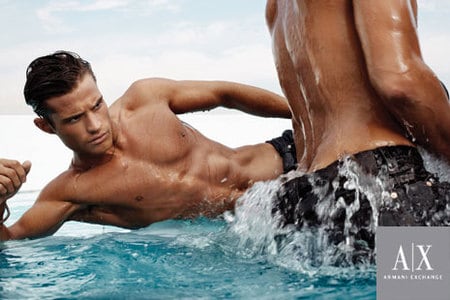 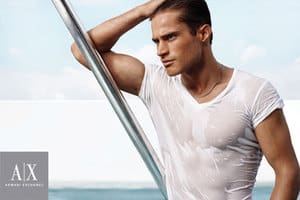 Creative director Tom Jarrold and the folks at Armani Exchange have offered Towleroad and its readers an exclusive first look at images from its forthcoming Summer 2007 “Pool Party” ad campaign, featuring models Ambrose Olsen and Vinci (whom you may remember from the reality show 8th & Ocean).

The campaign was shot by photographer Tom Munro in an outdoor studio and, given the focus of Ambrose’s gaze, may cause a few racy daydreams (or accidents) when drivers catch a glimpse of it on the backs of buses next month.

A few more images from the campaign, also featuring Alessandra Ambrosio, can be seen over at Made in Brazil. Victoria Bartlett styled the shoot, with hair by Neil Moodie and make-up by Mark Carrasquillo. 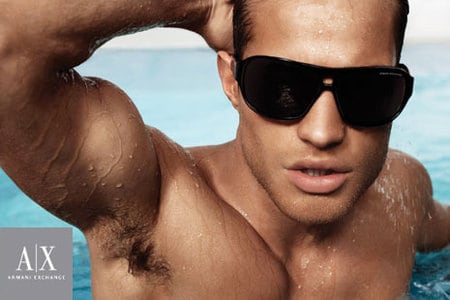