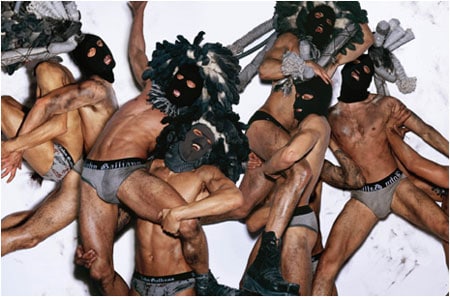 From photographer Nick Knight and designer John Galliano come a tribe of ski-masked, underwear-clad “Gods and Monsters” in the latest issue of Arena Homme + which elaborate on the look model Chad White worked (or didn’t work) on the runway in Paris in January. These fashion savages are much more successful in their presentation. 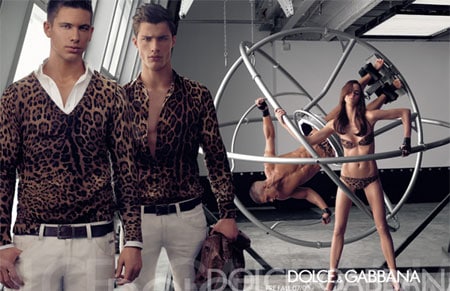 Dolce & Gabbana appear to think leopard is the “pre-fall” look, especially if you’re planning to go watch Chad White spin around in a gyroscope. 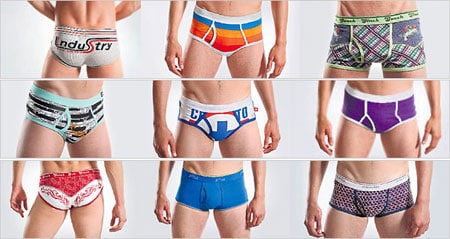 And the New York Times takes a look at the phenomenon of novelty underwear: “…for decades the butt of jokes and the joke of butts, (novelty underwear) has, in the last two to three years, turned into a serious business, capturing a significant share of the $1.1 billion men’s knit-underwear (that is, excluding boxers) market. In all their goofy glory, briefs in bright colors, zany prints, new materials and daring cuts are undermining the classic white brief’s long-held status as king of the hill. In 2006, white’s share of the market dipped below 50 percent for the first time in decades, if not ever.”