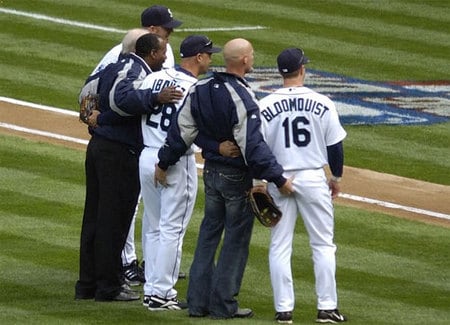 During the Seattle Mariners’ home opener earlier this week, they grabbed a photo op with some former players, including Jay Buhner, an outfielder who retired in 2001. Buhner took the opportunity to grab a few things of his own, making it one to remember for Raul Ibanez and Willie Bloomquist.