Harris POLL: Bush , Cheney at lowest approval ratings ever, at 28% and 25%, respectively. 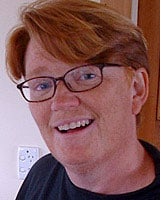 Gay Hamilton inquired to New Zealand telecom about getting a broadband connection installed in her home but received an automated response saying that her email “was identified by [their] content filtering processes as containing language that may be considered inappropriate for business-like communication.” Troubled at the company’s apparent decision to flag “gay” as offensive, Hamilton, who incidentally happens to be gay, contacted the media. NZ Telecom soon responded, calling it an “embarrassing mistake”: “Our systems internally detect a number of words, including both the words gay and heterosexual that could be deemed as inappropriate for use at work.”

David Boreanaz takes a shirtless jog to show off his flesh and bones.

Are black holes portals to other universes?

Jodie Foster to play Hitler filmmaker and Nazi propagandist Leni Reifenstahl in new film: “Riefenstahl has come to symbolise a marriage of artistic genius and political evil. She herself refused to sign a contract for Foster’s project while she was still alive, mainly because Foster would not give her the right to reject any of the film that she felt was wrong. She was also thought to prefer Sharon Stone over Foster as an actress better suited to play her.”

“Piano man” Andreas Grassl, who was discovered in 2005 soaking wet in a black suit with the labels cut out on the south coast of England after having a mental breakdown, is now living a more normal life in Basel, Switzerland. 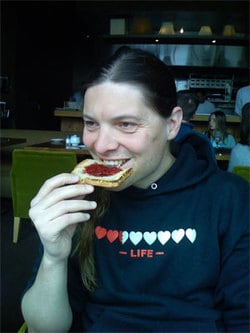 Is this the first photo ever seen taken by an Apple iPhone?

Is American Idol contestant Jordin Sparks the new Mandisa? “One would never guess this from her time on the show since she’s all smiles, but it seems that the pimped one might be a little more political than anyone thinks. The picture on the left comes from Jordin’s MySpace, and she’s been linked to many conservative organizations. She has performed at a Right to Life concert (anti-abortion) and other such events, and it’s rumored that she liked Mandisa from last year because of her values (Mandisa was very religious and was quoted as saying she would be uncomfortable singing at a gay event).”

Most aid from overseas for Hurricane Katrina victims went unclaimed: “Allies offered $854 million in cash and in oil that was to be sold for cash. But only $40 million has been used so far for disaster victims or reconstruction, according to U.S. officials and contractors. Most of the aid went uncollected, including $400 million worth of oil. Some offers were withdrawn or redirected to private groups such as the Red Cross. The rest has been delayed by red tape and bureaucratic limits on how it can be spent.”

Madonna is a strawberry blonde who’s all about business.

Bigmouth strikes again: Roseanne said to be contender to replace Rosie on the View. O’Donnell, however remains a hot commodity.