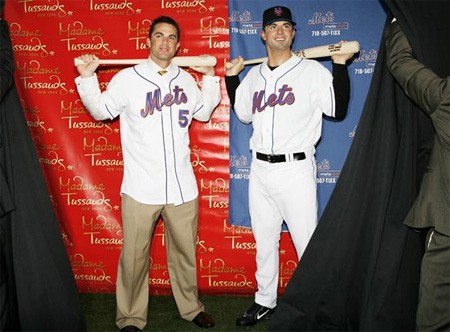 The New York Mets’ David Wright made two appearances at Madame Tussauds in New York yesterday as a wax figure of the third baseman was unveiled. Calls from Wright’s legions of admirers got the attention of the wax museum, which says it plans to unveil a “subway series” companion figure of New York Yankee Derek Jeter. 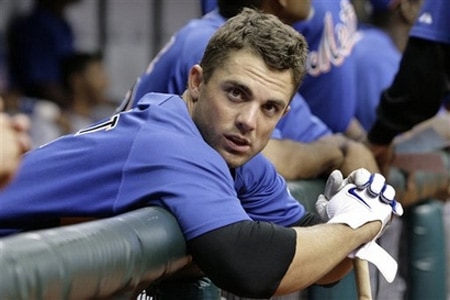 More after the jump…

“Professional athletes these days, baseball players especially, are not expected to smile. They are expected to bemoan their contracts and question their teammates’ skills and act prickly with fans and lie about not using steroids. But when Wright hits a home run, or even when he doesn’t, and especially when he gets ragged on in the clubhouse for being such a pretty boy, his reaction is uniform: the pinched dimples, the flash of white teeth, the brown eyes sparkling—a random combination of muscle movements offering infinite branding possibilities.”

Their conclusion? “I’m sorry, but you’ve just got to love the kid.” 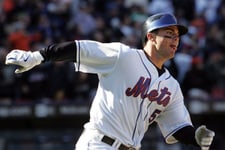 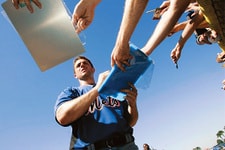