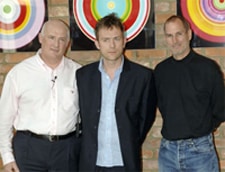 EMI announced this week, with Apple, that it would begin selling its digital music catalog with no Digital Rights Management DRM protections. The announcement comes shortly after Apple’s Steve Jobs called on the music industry to take a step to remove the requirement for DRM on digital sales, stating that it impeded sales, innovation, and competition. iTunes will sell EMI’s DRM-free songs as premium downloads, which will have a higher price ($1.29 per song rather than .99), but which will also be of higher-quality audio. 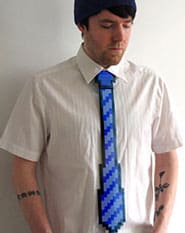 April Fool’s Day is arguably still relevant only because of the internet — websites have a tradition of taking advantage of our hunger for the latest information by developing clever fake news stories and features on the first day of April. This year, Google launched the Toilet Internet Service Provider (TiSP), the BBC announced new "scratch-and-sniff" website feature, and Facebook debuted a "live poking" feature. But when geek-friendly retail website ThinkGeek dreamed up the 8-bit tie as a joke, inspired by early video-game graphics, demand for the product was so strong that by day’s end, the site announced that it would go into production. The formerly-fake product page posted this message: "Quit emailing us to make this for REAL already 😉 We promise, we’ll
make it. In fact we are already working on it. You’ve just forced our
hand! Click the ’email me when available’ link above to get notified!
Thanks! I guess the joke is on us this year :p"

Climate change due to the Greenhouse Effect is no longer a theory of a possible future peril, but is currently happening according to a study by the Intergovernmental Panel on Climate Change. The report documents evidence of ecological changes that have taken place related to human effects on the environment, and also predicts more dramatic changes to come. 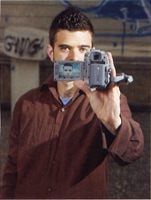 Josh Wolf, the blogger who spent 8 months in jail for refusing to hand over videotaped evidence and his own witness testimony of a protest by an anti-government group in San Francisco, was released this week. Wolf told the Washington Post "There’s a very large problem with forcing a reporter to act as an
investigator for a government prosecution. . . . It’s absolutely a
victory." 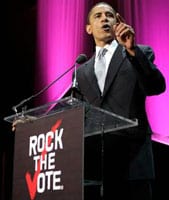 "The MySpace community will give America its first Presidential primary winner in 2008," said Chris DeWolfe, CEO of MySpace. MySpace will hold a presidential primary this January 1st and 2nd as part of its efforts to engage it’s massive user-base with the political process. True, the online voting will have no real effect on the political process, but it could spur users to get out and vote, reminding them of the important primaries voting process just weeks before they take place, and reminding users to starting thinking early about who they will consider voting for in November. TechCrunch puts it nicely: "MySpace has more registered members than Mexico has people. If it was a country it would be the 11th largest in the world. So while it may be a major marketing event for MySpace to
say it’s holding a presidential primary next January, you can be sure
the candidates will take it seriously."

A judge declared this week that Vonage could no longer accept new customers due to violations of a Verizon copyright with its VoIP technology. While Skype has taken the lead as a VoIP provider, Vonage was the first major player in the field. Their fate is now uncertain, though they plan to appeal.

Previous Post: « Hubble Views Nearby Barred Spiral Galaxy
Next Post: Rearview Mirror: Looking Back at the Week on Towleroad »