Has the future of America been stolen? “Investigative reporter Greg Palast says 4.5 million votes will be shoplifted in 2008, thanks largely to the “Rove-bots” that have been placed in the Justice Department following the U.S. Attorney firings. Being the guy who uncovered the voter “purge lists” of 2000 that disenfranchised black voters, he’s worth listening to, even if the mainstream press chooses not to. This time around, he claims to have the 500 emails that the House subpoenaed and Karl Rove claims were deleted forever. They prove definitively, says Palast, that the Justice Department is infested with operatives taking orders from Rove to steal upcoming elections for Republicans and permanently alter the Department.”

Tech titans Bill Gates and Steve Jobs to have conversation, for first time ever.

Kanako Otsuji will soon be the first openly gay politician to run for national office in Japan.

The other Idol contestants don’t seem to be too happy over Jordin Sparks’ triumph over Blake Lewis.

District police chief in Jerusalem gives preliminary go-ahead for gay pride parade there: “Let there be no doubt – the police department is fully obligated by High Court ruling 7348/06. This said, it is within the district commander’s jurisdiction to determine, according to the intelligence information and/or evidence he may have at hand, on any restrictions he sees fit to apply to the event, it’s location, and arrangements.” 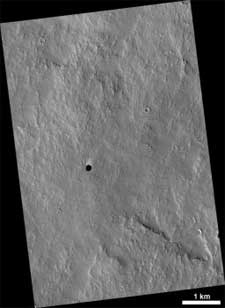 Legally Blonde and the Tonys: “The Tonys have nominated Laura Bell Bundy, the star of Legally Blonde: The Musical, for a Best Actress in a Musical award, but her show was snubbed for Best Musical. According to Tony rules, only shows nominated for Best Musical can perform on the telecast, an invaluable advertisement for Broadway to the tens of dozens of people that tune in. A crackerjack Tony performance can mean the difference between a hit and a box-office disaster. Tony producers are going claw to claw over whether to allow the casts of unnominated shows like Legally Blonde and LoveMusik to perform, and poor CBS, caught in the middle, just wants people to watch Broadway’s babes flash their jazz hands for Middle America.”

FOX to make live-action film based on The Sims.

Gay and lesbian youth leaders targeted by death threats in Kosovo: “We will fu** you mother, burn you with all your belongings, and will make you carry your intestines in your own hands, you lewd man.”