A public service announcement featuring Isaiah Washington that is the result of meetings the actor had with GLAAD’s Neil Giuliano and GLSEN’s Kevin Jennings after Washington’s repeated public use of the word “faggot” last January will air during back-to-back episodes of Grey’s Anatomy tonight. 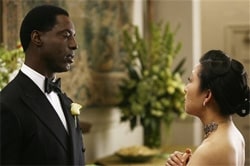 In the PSA, Washington says, “Words have power. The power to express love, happiness and joy. They also have the power to heal. When you use words that demean a person because of their sexual orientation, race or gender, you send a message of hate. A very powerful message. But we all have the power to demand better from one another and from ourselves. We have the power to heal and change the world by the words we use.”

Said Giuliano: “Words have power, and far too often we see them used to dehumanize people because of our differences. When Isaiah Washington lends his voice to that message — when he acknowledges the personal responsibility that he and each of us have to create a culture that rejects prejudice — it advances the kind of dialogue that’s absolutely essential to changing hearts and minds. We are gratified that with this PSA, ABC will be sharing this vital message with millions of viewers in the days and weeks to come.”

Added Jennings: “As an education organization, GLSEN believes in the power of the teachable moment. While there is no excuse for the use of this kind of language, we welcome the opportunity to use this incident to educate millions about the impact of name-calling on young people. We are grateful to ABC for bringing GLSEN’s message of respect to millions of households.” 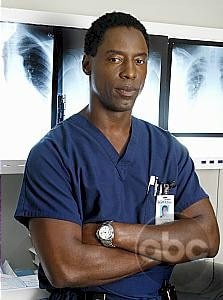 There has been much speculation in recent days on whether Isaiah Washington’s character Dr. Burke will be returning to the show next season, with the Ny Post reporting that he won’t be a regular but will return “possibly for a few episodes.”

Towleroad contacted Washington’s rep Howard Bragman for confirmation, and all he would say is that he stood by comments he made to the Associated Press last week, which were: “We fully expect to be back in the fall. The deal’s not done but we have no reason to believe he won’t be putting on the scrubs.”

Bragman’s comments don’t necessarily contradict the report from the NY Post, so I guess we’ll have to wait and see.

The season finale of Grey’s aired last week, and appeared to clear the way for Burke’s possible departure from the show. I do wonder why these PSAs were not aired during the season finale when they could have been exposed to a much larger audience.