As a result of a random and what one soldier called “aggressive” review of computer logs by the Defense Department one day last December, three additional Arab linguists who are gay have been discharged from the Army under the “Don’t Ask, Don’t Tell” policy. 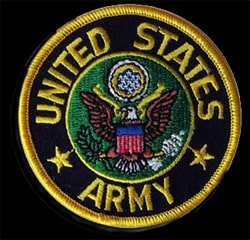 The discharges have angered lawmakers, 40 of whom signed a letter written by Democratic Rep. Marty Meehan, who has been spearheading the charge to end the military’s flawed DADT policy. Meehan’s bill has 124 co-sponsors but Congress and the Defense Department have expressed little interest in reviewing it.

Said Meehan: “At a time when our military is stretched to the limit and our cultural knowledge of the Middle East is dangerously deficient, I just can’t believe that kicking out able, competent Arabic linguists is making our country any safer.”

Aside from the obvious discrimination, the military has now discharged 58 Arab linguists for being gay at a time when the military is stretched to its limits in the Middle East.

One of the recent discharges, former Petty Officer 2nd Class Stephen Benjamin, told the Associated Press that his supervisor tried to get him to sign a statement denying he is gay: “He said his lawyer advised him not to sign it, because it could be used against him later if other evidence ever surfaced…Benjamin said he was caught improperly using the military’s secret level computer system to send messages to his roommate, who was serving in Iraq. In those messages, he said, he may have referred to being gay or going on a date. ‘I’d always been out since the day I started working there,’ Benjamin said. ‘We had conversations about being gay in the military and what it was like. There were no issues with unit cohesion. I never caused divisiveness or ever experienced slurs.'”

A recent article in the NYT suggested that the military may be reviewing its options in this area, but little movement has been seen and these latest discharges suggest change is not coming anytime soon.