Last August, rumors that R&B singer Ne-Yo was going to come out of the closet in an issue of Essence magazine were quashed by both the singer’s publicist and reps from Def-Jam records. 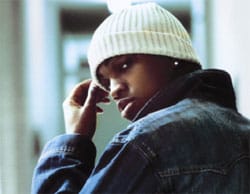 Now, Ne-Yo slams the rumors himself to the Albany Times-Union:

“Anybody who knows me, knows I’m not gay. I’m blessed to have very, very, very real people in my corner. Some managers will not tell the artist certain things because they don’t want to stress them out. My managers are like, ‘Yo, it’s a dirty game.’ I respect them for that. I look at that as I’ve officially made it. If my name is in your mouth, that means I’m on your mind. I take it all in stride.”

The Times-Union does, however, make note of key tracks on the singer’s new release Because of You: “‘Go on Girl’ is the album’s undeniable highlight.”