Website to catalog all of Earth’s approximately 1.8 million known species: “The effort, called the Encyclopedia of Life, will include species descriptions, pictures, maps, videos, sound, sightings by amateurs, and links to entire genomes and scientific journal papers. Its first pages of information will be shown Wednesday in Washington where the massive effort is being announced by some of the world’s leading institutions. The project will take about 10 years to finish.” 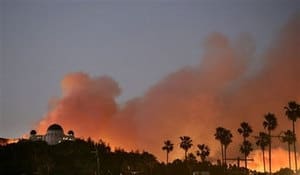 Most Americans back Congress over Bush in Iraq war funding battle: “The reason the public supports a timetable for withdrawal may be because the four-year-old war remains unpopular, with nearly two-thirds of the public opposed. Of those polled, 34 percent said they support the war, while 65 percent expressed opposition. But while previous surveys show Americans are pessimistic about the outcome of the war, a majority of 55 percent said they were not yet willing to declare it ‘lost.’ The prevailing view, held by 63 percent of Americans polled in April, is that neither side is winning. Fifty-four percent said they don’t believe the Bush administration’s assertion that the war is the “central front” in the war on terrorist groups that was launched after al Qaeda’s September 11, 2001, attacks on New York and Washington. Forty-three percent said they agreed.”

Potential jailbird Paris Hilton forgives, rehires publicist Elliot Mintz. Mintz: “Paris and I met last night, I am still her media rep. She is still my client. She is also a dear friend.” 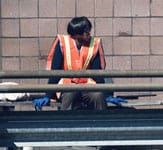 Naomi Campbell in W glamour editorial surrounding her sanitation department gig in NYC: “I find solace in sweeping. I have no other responsibility. I have no phone. I have the time to think. Just have, you know, peace.”

Rudy Giuliani donated to Planned Parenthood six times in the ’90s: “Giuliani’s old contributions could echo throughout the 2008 GOP nomination battle, as he seeks to lessen the political impact of his support for abortion rights — an unpopular position among the social conservatives who in recent elections have weighed decisively in the primaries and caucuses. The issue was raised anew at last week’s debate at the Ronald Reagan Presidential Library, when Giuliani gave a noncommittal answer to the question of whether it would be a good day for the country if Roe v. Wade were overturned. ‘It’d be OK,’ Giuliani responded, adding that it would also be all right if the Supreme Court decided the other way.”

Big Brother Australia gets a gay contestant. Nick describes himself as “arrogant, vain and self-absorbed.”

Time Warner Inc. Chief Executive Richard Parsons slams “new media”: “The Googles of the world, they are the Custer of the modern world. We are the Sioux nation. They will lose this war if they go to war. The notion that the new kids on the block have taken over is a false notion.”

Just who is the hottest Brazilian online?