Bush is expected to nominate General Peter (“homosexuality is immoral”) Pace to a second term as Chairman of the Joint Chiefs of Staff. 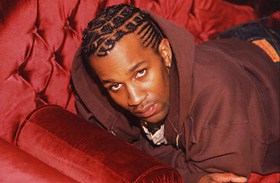 Gay rapper Caushun exposed as fraud: “Here in New York, Caushun was the first name that came up whenever a conversation about gay rappers began. Best we knew, he was one of us: An effeminate hairdresser with Bed-Stuy credibility and a flow that earned respect among local hetero hip-hop folks.”

Gay porn star Timothy Boham, who is charged in the murder of Denver businessman John Paul Kelso, may use insanity plea in his defense: “Boham, who had worked briefly for Kelso, was arrested near the U.S.-Mexico border after police said he confessed to his mother and sister. Boham decided to rob Kelso, the owner of a debt collection company, because he knew there was a safe in the house, police said. During a preliminary hearing, police said Boham told them he was planning to steal $40,000 he thought was in the safe because his girlfriend was pregnant and he needed cash.”

The struggle to be a father: one gay man reflects. 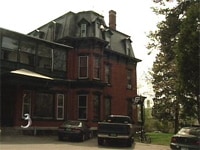 Has David Gest targeted a new love interest in Amy Winehouse? Gest: “I would kiss the mole on Amy Winehouse’s face and every tattoo on her body and I’d stick my tongue in the gap where her tooth is missing. I love her.”

Army recruiter Marcia Ramode, who was “suspended from recruiting duties” after her racist, homophobic email to a potential recruit was given media attention, has been given a covert reassignment by the military. Said Corey Powell, the potential recruit to whom Ramode’s inflammatory email was originally addressed: “Now they’re making her whereabouts covert. Some act to prevent us knowing where she is, which they probably invented this morning. I’m really disappointed [in the decision to reassign Ramode]. I wasn’t out for blood. But for the 11,000 servicemen who have lost their jobs for nothing besides being themselves, this is an injustice. She should be forced to find a way to take care of herself the same way they had to.” 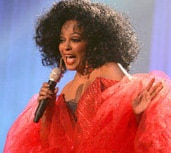 Are you a TOFI? Folks who are thin on the outside may be fat on the inside: “The thinner people are, the bigger the surprise.”

Rosie O’Donnell claims Ellen DeGeneres has signed a contract forbidding her to talk about being a lesbian and putting the kibosh on gay issues: “Ellen’s not allowed to. She signed a contract that said she wouldn’t. It was on the heels of my show. Right? So that’s why she doesn’t! But, you know what? She also paved the way for a lot of gay people, especially on TV. There were no gay shows on TV. She was pre-Will & Grace, remember that. So, you know, I talk about ‘gay’ because I like to and she doesn’t talk about it because she doesn’t want to or she can’t. But, who cares? It’s fine. Gay Gay Gay Gay Gay!”