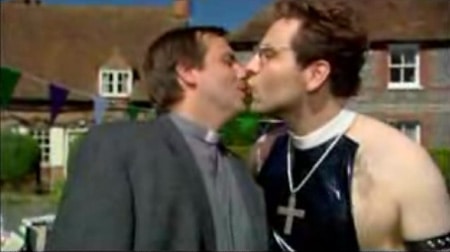 Poland’s state broadcaster TVP cut about one minute out of a broadcast of the Matt Lucas comedy Little Britain because of a kiss between a vicar and a leather-clad David Walliams.

Said their spokeswoman, “British viewers are more open and indulgent than their Polish counterparts. It’s a different sense of humour, and one which is sometimes incomprehensible for the Polish public. We decided to cut a scene which could cause controversy among Polish viewers and which isn’t exactly in line with our mission as a public television channel.”

No doubt Jaroslaw thoroughly enjoyed it.