Algerian AIDS crisis hampered by ignorance, misunderstanding: “In Algeria, where
AIDS spreads mainly through sexual contact, 10 million free condoms are waiting in warehouses of the national pharmacy but there are no takers.” 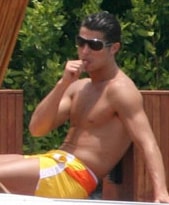 Cristiano Ronaldo does a little thumb-sucking on holiday.

USA Today’s Pop Candy blog has compiled the 20 most interesting comments/theories they received about Lost on their forums.

Nine U.S. tennis players, Andy Roddick, James Blake, Vince Spadea, Justin Gimelstob, Amer Delic, Robert Kendrick, Sam Querrey Michael Russell, and Robby Ginepri, wiped out in first round at French Open: “It’s the first time at any Grand Slam tournament since the 1973 Australian Open that no man representing the United States will play in the second round of singles — and it’s worth noting that no Americans entered that Australian Open.”

Paula Abdul whines about her former publicist, gay PR guru Howard Bragman: “I do a call-in every week for OK! Magazine on ‘American Idol.’ Because of my brilliant job, they want to do a cover on me. I’m being told by Howard Bragman that I’m too old and no one will ever want to do a cover.” Bragman responds: “I’m not going into it. I’ll stand by my reputation if she’ll stand by hers.”

Researchers converse with the apes: “The research we conduct here powerfully informs people about the nature of great ape intelligence. We know that humans and great apes share far more than they differ. I think we have to recognize that. If that does not compel us to preserve great apes in the wild, I don’t know what can.”

Tom Ford doesn’t want you to fit into his suits.

Live Journal deletes hundreds of sex-themed discussion groups: “Some deleted LiveJournal communities went by names like childlove and little_children (a community permits multiple LiveJournal users to post entries, while an individual account is limited to one user). Others, however, broadly fall into the category of science fiction, fantasy or user-written ‘fandom’ stories–and it is those that have sparked the outcry.” 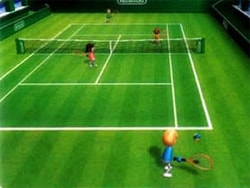 Call him sir: David Beckham to be knighted?

Former View host Debbie Matenopoulos weighs in on the Rosie/Elizabeth feud: “The kind of discussions that occurred between Elisabeth and Rosie are real discussions that happen in this country. The View was the only place on TV where open, heated debate happened. By airing debates like that, regardless of who gets offended, it helps the country move forward. It forced people to question their own beliefs and, perhaps, open their eyes to other possibilities. Being polite and complacent doesn’t create change. No one is discussing the fact that the fight was less about politics and the war and more about Elisabeth not having Rosie’s back, as a friend. Politics aside, by not defending Rosie, Elisabeth was basically saying ‘I don’t repect you or our relationship. That had to hurt. That was someone feeling betrayed by someone she considered a friend.”