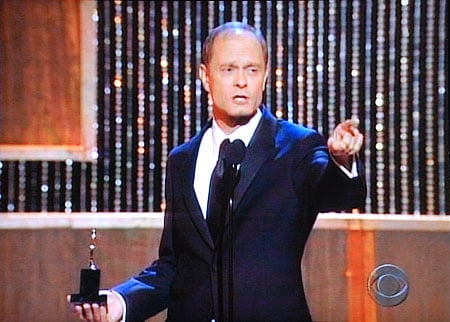 David Hyde Pierce came out publicly last week, just in time to be able to thank his partner at the Tony Awards. In an unexpected win, the three-time Emmy Award winner took home his first Tony for his role as Lieutenant Frank Cioffi in Curtains, beating out favorite Raul Esparza.

Hyde Pierce noted his significant other at the end of his acceptance speech, joking: “My partner Brian – cause it’s 24 years of listening to your damn notes. That’s why I’m up here tonight.” 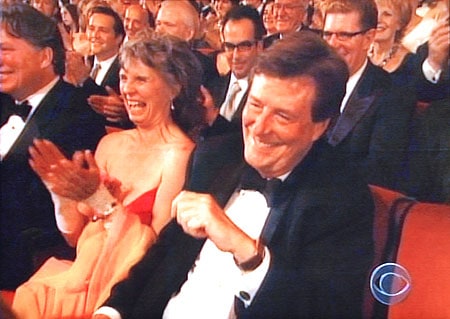 A full list of Tony Award winners follows after the jump…

Company – best revival of a musical.

Jay Johnson: The Two and Only – best special theatrical event.