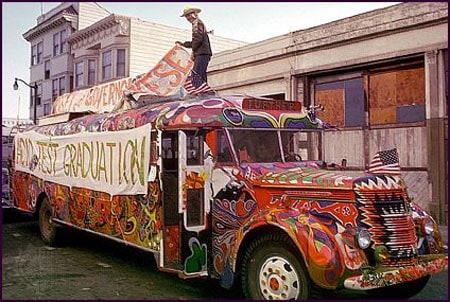 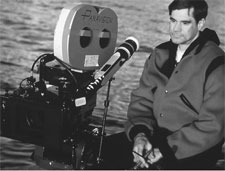 Variety reports: “The book told the story of a cross-country road trip that One Flew Over the Cuckoo’s Nest author Ken Kesey orchestrated with a group called the Merry Pranksters. Driving in a psychedelically painted bus from California to visit the World’s Fair in New York in 1964, Kesey and his band used the trip as a way to turn on those they met to the mind-expanding wonders of LSD. Kesey ingested the drug while he wrote Cuckoo’s Nest, crediting the hallucinogen for many of the ideas in the book. Shortly after the Wolfe book was published in 1967, its film rights were purchased by entrepreneur Alfred Roven. Not a film producer, Roven had some meetings over the years with filmmakers but was very protective. When he died, Roven left the rights to his children, Daryn and Alison Roven. FilmColony’s Gladstein was introduced to them by attorney Peter Grossman, and for the first time, the rights were entrusted to a producer.”

Van Sant has enlisted Lance Black, with whom he’s currently working on one of the two competing Harvey Milk biopics in development, to write the script.