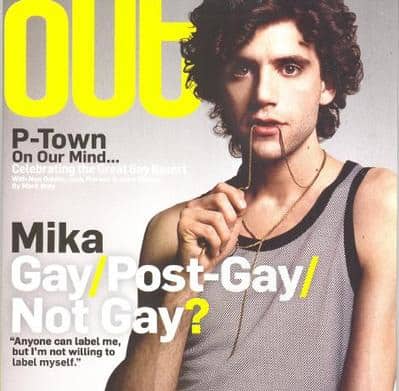 Mika is on this month’s cover of OUT magazine, and reportedly sticks to his talking points.

“Anyone can label me, but I’m not willing to label myself…Anybody who says that I don’t talk about sexuality or that I don’t politically sexualize my music because of taboos, because of being afraid of [not] selling records, is completely wrong. I’ve made a record that doesn’t compromise in any way what I’m allowed or not allowed to say in my lyrics.”

A source told Towleroad that OUT originally requested Mika for the cover of their April issue, in order to coincide with the release date of his album in the U.S., but were refused.

According to our source, Mika’s “handlers” wanted to do a cover but only if it came out a few months down the road, because they were concerned about breaking into the mainstream market were Mika pigeonholed as a “gay artist” right out of the gate.

Previous Post: « Christian Chavez on Coming Out: “I Felt Free…”
Next Post: B-52s to Return After 15 Years »