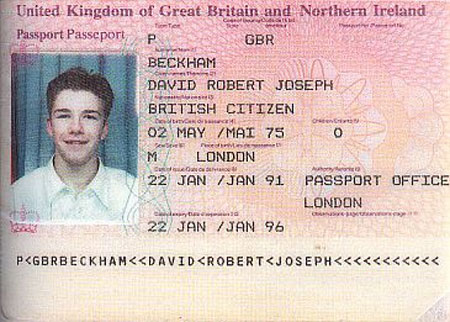 I often wonder how these artifacts from long ago make their way to the internets, but I suppose when you’re David Beckham even the most trivial souvenirs from the past have some kind of value. Anyway, this is a 15-year-old Becks.

Strangely enough, the issues that soon-to-be L.A. Galaxy star is facing now mostly have to do with borders. Some are saying that a planned knighthood for the football star shouldn’t go forward because he’s moving to the U.S. A source told the Manchester Evening News: “Some officials feel that there is nothing wrong with honouring a player who is based in Europe and free to represent his country, but there is a big difference if the player is earning his main income and paying tax in the United States and unable to play for England.”