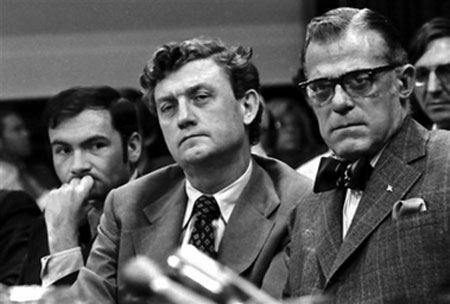 Samuel Alexander Garrison III, an attorney who defended Richard Nixon in impeachment hearings over the Watergate scandal, and later became involved in a high-profile gay rights/sodomy case, died of Leukemia on Sunday at 65. 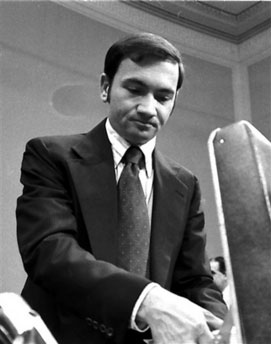 The Roanoke Times reports: “Garrison came into the national spotlight in 1974, when he was appointed chief minority counsel for the presidential impeachment inquiry in the Watergate scandal, tasked with speaking in defense of President Nixon. In an interview with The Roanoke Times, Garrison recalled the stress of the job causing him to collapse from anxiety one morning, though he didn’t tell his co-workers. Garrison returned to Roanoke a star and went into private practice. But that practice ended in 1980 with a conviction for embezzling $46,000 from a bankruptcy account, which earned him 128 days in a federal prison. Garrison said he took the money to try to save a struggling restaurant business that he partly owned. The crime didn’t end his career. In fact, Garrison was under consideration for a staff position with the Republican Party in 1982 when he publicly revealed that he was gay. He went from a Hunting Hills house to an old Volkswagen and food stamps. He suffered even worse things: His teenage daughter died from injuries in a car crash. His intimate partner died of cancer; his father died of complications from a stroke.”

The paper notes: “He became active in politics again, as a Democrat and as corresponding secretary for the Alliance of Lesbian and Gay Organizations of Western Virginia. He attended city council meetings to protest ordinances that he believed discriminated against gays.”

In 1998, Garrison defended 10 men arrested in a police sting for cruising for sex in a public park, but was unsuccessful in his efforts to declare sodomy laws in Virginia unconstitutional.

His partner of 17 years, Mark Harris, told the Washington Post: “Sam’s goal was to convince society that being gay shouldn’t be a question of right or wrong, but a part of who they are,” Harris said. “He asked, ‘Why should such a small part be such a big deal?'” Harris told the Roanoke Times, “I think what drove him was the hope of the day when sexual orientation was not the entire person but just a part of them.”

Garrison was disbarred again in 2004 for a check-kiting scheme as his career floundered, but kept on as an activist: “Afterward, Garrison continued to be an activist, voicing his opposition to Virginia’s marriage amendment, calling it “the fear amendment.” He told The Roanoke Times, ‘The whole thing is about people being afraid for the new world.’ Garrison had spoken about how even during his early success, his knowledge of his homosexuality and attitudes toward it made him see the world as oppressive. After coming out, he gained real self-esteem, he said.”