Researchers at Purdue University have created what they claim is the first scientifically accurate animated simulation of the crash and collapse of the towers on 9/11. The animated simulations were a massive undertaking, and are intended to give civil engineers and others a more accurate picture of how and why the structures collapsed. According to Purdue, "The simulation depicts how a plane tore through several stories of the
World Trade Center north tower within a half-second and found that the
weight of the fuel acted like a flash
flood of flaming liquid, knocking out essential structural columns
within the building and removing fireproofing insulation from other
support structures."

This week Apple surprised everyone by releasing an updated version of its Safari web browser for both Mac and PC. Competing with Internet Explorer, FireFox, Opera, and other web browsers seemed an unlikely move for Apple, and many are criticizing the Windows version of Safari as sub-par. Getting Safari into the spotlight may be related to the launch of iPhone, which will rely heavily on the Safari browser. In other Apple news, a fresh preview video gallery of the upcoming Leopard operating system is now up at Apple.com. 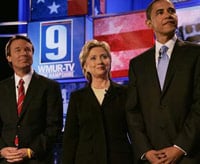 Two upcoming presidential debates will have candidates respond to questions submitted by the American public…via YouTube. 20-30 video questions will be played on a screen for presidential candidates to respond to. The first debate, for Democratic candidates (and hosted by Anderson Cooper) will air July 23rd, and the Republican version will air September 17th. 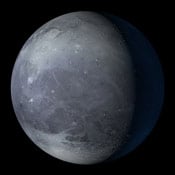 Pluto really is the underdog of the galaxy. This week researchers confirmed that the dwarf planet Eris, which prompted the demotion of Pluto to the status of dwarf, actually outranks it in size and weight. Eris even has a moon. At least Pluto is closer, right?

Tech Video of the Week As Bjork continues her world tour, many people have noted the very unusual instrument on stage that looks like a glass table with a number of glowing toys being pushed around. It is, in fact, an amazing new instrument called the Reactable, that was developed by music engineers in Spain. Like Microsoft’s Surface computer, it uses a table-top screen that reacts to touch. But it goes beyond that, turning the complex sound mixing board into an intuitive visual interface. Check out this video demonstration to peek at the future of computing: