Embattled actor Isaiah Washington will appear on "Larry King Live" tonight (9 p.m. on CNN) to give his side of the story about being fired by "Grey’s Anatomy" last month. His L.A. publicist, Howard Bragman, was quoted in the New York Post as saying: "Everything is fair game. We didn’t set any ground rules with Larry." (Too bad they didn’t set a ground rule that Larry must actually listen what his guest is saying and not interrupt him every three minutes, but I digress.)

Bragman went on to say that "what a lot of people don’t know is that Isaiah was gagged by ABC. That’s one reason he can (now) do these interviews." Gagged? With all due respect to Mr. Washington’s First Amendment rights, this man hasn’t stopped talking since ABC dropped him — and seems to be suffering from what is arguably the most well-documented case of foot-in-mouth disease in modern history. If I were Washington I would call for some serious public relations back-up. If Bragman is the flack who suggested this (latest) high-profile interview, one has to wonder if he’s the same guy representing Yankees slugger Alex Rodriguez’s long-suffering wife. While the "best defense is a strong offense" plan may be appropriate in some cases, all I can think now is what are these people thinking? 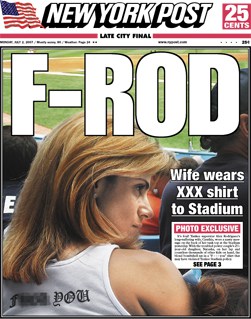 Isaiah Washington Says T.R. Knight Should Have Been Fired [tr]