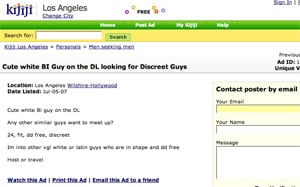 This week eBay launched a new website in the US that is meant to compete with Craigslist, the highly popular free classifieds site. Craigslist makes almost no income, backed instead by investors, including eBay, whose funding allows the site to provide a mostly free service in cities all over the US. But eBay has taken advantage of its insider perspective, and its new site, Kijiji, hopes to improve upon the classifieds site model and bring it more into the mainstream.
"We’ve learned a lot from Craigslist," an eBay spokesman said. "We think this market has room for several classified services."

It looks like mobile phone carrier O2 will be the one to launch the iPhone in the UK later this year. Vodafone was in talks to provide service for the phone, but according to reports they bailed because they were unhappy with Apple’s demands for a cut of the profits on the mobile service. If you want to hack into an iPhone so that you can use it without an AT&T contract (in other words, just as a handheld computer), famed hacker Jon Lech Johansen has all the info here.

Nokia will release a small Bluetooth speakerphone accessory that clips to your car’s visor like that clunky old garage door opener, allowing the speaker/microphone to hover above your face for on-the-go drive-dialing. And we ask: what took so long? It’s a great, simple concept.

The rumors were true: Google bought GrandCentral, which is great news considering that the free service has awesome potential. It would have been sad to see it go under for lack of funding. The site provides users with one phone number, and allows you to bundle all your other phone numbers — home, cell, work — to it, so that all phones ring no matter which one is dialed. The result is that you keep one phone number for life, no matter how often you move around. You can also set up a "white list" to avoid telemarketers and other rules, so that certain calls always go to voicemail or never get through at all.

T-Mobile is offering an innovative new service that lets subscribers jump between regular cell service and a WiFi connection to make calls, all for an extra $10 a month on top of a normal T-Mobile Plan. Called "T-Mobile @ Home," the service got an ecstatic review from the New York Times’ David Pogue: "It’s absolutely ingenious. It could save you hundreds or thousands of
dollars a year, and yet enrich T-Mobile at the same time. In the
cellphone world, win-win plays like that are extremely rare." 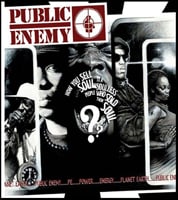 Universal Music, one of the largest music labels, is threatening to pull its catalog from iTunes because it isn’t happy with Apple’s aggressive terms. Some suggest it is just a negotiating strategy, but if Steve Jobs is forced to concede, it could mean major changes for iTunes. Meanwhile, people are buying less physical albums while digital music sales are up 50% since last year. Chuck D is counting on it — Public Enemy will release their latest album using TuneCore to make it available for download, rather than via a regular music label. TuneCore charges less than $40 for the service of getting the album on "digital shelves," and Chuck D’s choice reflects what many smaller established acts are feeling: “I knew I had a fan base and I wanted to go directly to them. What good is a label? All they do is give you money. And in the area
of digital distribution, they can’t do anything better or faster than
anyone else.”

If you’re a Sprint customer who needs a lot of hand-holding to use its technology or someone who makes a lot of complaints, you might risk getting "dumped" by the cell company. A number of users recieved letters indicating that their service would be terminated: "Our records indicate that over the past year, we have received
frequent calls from you regarding your billing or other general account
information," the letter reads. "While we have worked to resolve your
issues and questions to the best of our ability, the number of
inquiries you have made to us during this time has led us to determine
that we are unable to meet your current wireless needs." Haha! Hilarious. In a culture where "the customer is always right," it’s not such a bad thing for customers to realize that when we’re really difficult, we’re sometimes not worth the effort.

Tech Video of the Week Since TowleTech commenters got into a heated debate over whether the
iPhone was worth the hype and/or the money last week, some of you might enjoy
this video of the iPhone being purposefully destroyed. It is one of many attempts to break in the back door to unlock the mysteries of its brilliance, but after so many stood in line and spent $600 for the precious, it’s kind of fun to watch it smacked with a hammer.