Veanka McKenzie, a worker at New York state’s Human Rights Division, has filed a lawsuit alleging that the division discriminates against women and blacks in its dress code, offering preferential treatment to gay white men, some of whom are inclined to wear cowboy hats: “Lawyers for McKenzie, 40, argued that the inconsistent policy was a reaction to negative publicity about alleged ageism and race discrimination against whites when Commissioner Kumiki Gibson, who is black, fired two older Caucasian women. Tom Shanahan, a spokesman for the Human Rights Division, said, ‘We categorically deny the allegations and we look forward to vigorously defending against them.'” 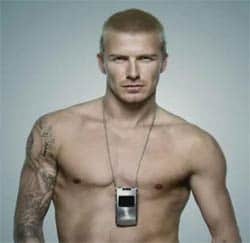 Does Bush have a new poodle in UK Prime Minister Gordon Brown? “Gordon Brown last night praised George Bush for leading the global war on terror — saying the world owed America a huge debt. The Prime Minister vowed to take Winston Churchill’s lead and make Britain’s ties with America even stronger. Mr Brown stunned critics by THANKING President Bush for the fight against Islamic extremism, and insisted the UK-US relationship will be his No1 foreign policy priority.”

Mark Carter, a polieman in Great Britain who was crowned Mr. Gay UK last October, has lent his support to a hate crime reporting center. Carter: “It is very important that the public can have a facility to report hate incidents other than at police stations. If minority groups are unlikely to report incidents, then the police cannot do their job correctly.” 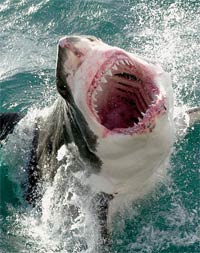 Debate over Great White Shark spotted off the coast of Cornwall, UK continues: Some experts are skeptical while others insist it’s possible: I would not rule out the possibility of this being a Great White — the tail is identical. There are other sharks off the coast of Britain that have similar features. But I would be amazed if there are not Great Whites in the sea off Cornwall. There is a plentiful supply of food and I cannot see why they could not thrive in the conditions.”

Al Gore’s son enters guilty plea in Prius drug charge: “In case you’re not familiar with this case, young Mr. Gore was pulled over for going 100 mph in his Toyota Prius over the July 4th holiday weekend, and subsequently charged with possession of various drugs found in his vehicle.”

Estonian capital of Tallinn receive authorization for gay parade: ” Police suggested in mid-July that organizers reroute the march away from the city center, saying six participants in the 500-strong Tallinn Pride parade were seriously injured when attacked by Estonian nationalists last year. Several organizations representing sexual minorities in the ex-Soviet Baltic state of 1.4 million approached the president, prime minister and other senior government and city officials for assistance after the police refusal. The issue was resolved when organizers agreed to hire security guards to ensure the marchers’ safety in line with police recommendations.”