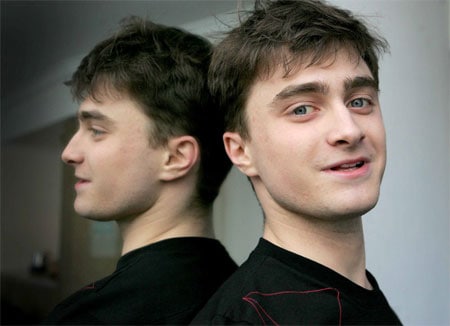 At a recent press junket in New York for his film December Boys, actor Daniel Radcliffe was asked if he’d ever consider playing a gay character:

Press: “Daniel, the parts that you’ve played so far, outside of the Harry Potter universe, what kind of sexuality in some aspect your characters are discovering their sensuality. I’m curious if you’ve ever considered playing a gay character from the aspect of being an actor.”

Radcliffe will be headed to Broadway to reprise his role in Equus in Spring 2008. Below, a recent appearance on Ellen in which he demonstrates he has a talented tongue.