A large international test of promising AIDS vaccine from Merck has failed, as 24 of 741 volunteers who received the vaccine in one part of the experiment later became infected with HIV. One important detail to note: it was not the vaccine itself which caused the infections. Testing has been halted. 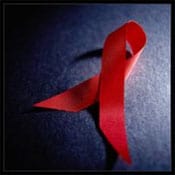 The AP reports: “The volunteers in the experiment were all free of HIV at the start. But they were at high risk for getting the virus: Most were homosexual men or female sex workers. They were all repeatedly counseled about how to reduce their risk of HIV infections, including use of condoms, according to Merck. In a statement, the NIH said a data safety monitoring board, reviewing interim results, found the vaccine did not prevent HIV infection. Nor did it limit severity of the disease “in those who become infected with HIV as a result of their own behaviors that exposed them to the virus” — another goal of the study.”