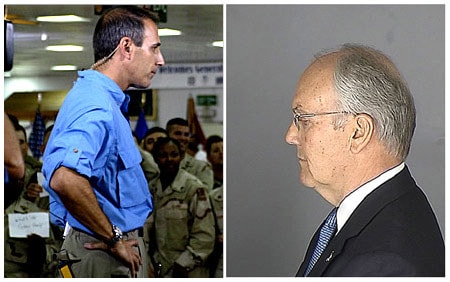 Matt Lauer has snagged the first interview with Larry Craig since his disorderly conduct arrest in a Minneapolis airport men’s room in June.

According to MSNBC, “The interview with Matt Lauer, anchor of NBC’s TODAY morning program, was scheduled to air Tuesday night on NBC stations. The network said Lauer would also interview Craig’s wife, Suzanne.”

Craig, who was recently chosen to be inducted into the Idaho Hall of Fame, reacted to a judge’s decision not to allow him to withdraw his guilty plea in the case by saying he would stay in the Senate and continue to fight charges leveled against him:

“I will continue to serve Idaho in the United States Senate, and there are several reasons for that. As I continued to work for Idaho over the past three weeks here in the Senate, I have seen that it is possible for me to work here effectively. Over the course of my three terms in the Senate and five terms in the House, I have accumulated seniority and important committee assignments that are valuable to Idaho, not the least of which are my seats on the Appropriations Committee, the Energy and Natural Resources Committee and the Veterans’ Affairs Committee. A replacement would be highly unlikely to obtain these posts. In addition, I will continue my effort to clear my name in the Senate Ethics Committee – something that is not possible if I am not serving in the Senate. When my term has expired, I will retire and not seek reelection. I hope this provides the certainty Idaho needs and deserves.”