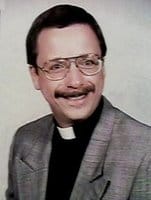 Signorile also alleges that someone at the Obama campaign may have made an attempt to stop Sidden from going on air:

“He’s a nice guy and was gracious and happy to come on my show yesterday — at least, that was in the morning, when my producer, David Guggenheim, booked him. Later on, he was reticent, almost canceled, clearly getting pressure from the Obama campaign not to do it (he mentioned a name of someone at the campaign — Joshua — and this was shortly after someone called us to cancel for him, but we could not, bizarrely, identify who that was; the Obama campaign later wrote my producer to say that no one at the campaign had called to cancel for him, but the call came on our guest hotline, which general listeners do not have). The question is, why were they trying to stop him from coming on?”