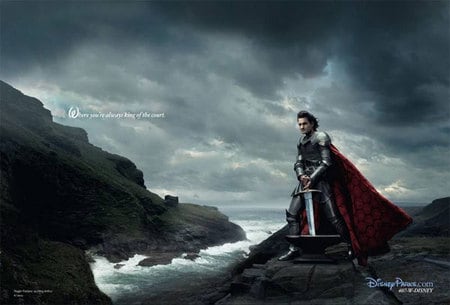 In addition to the Federer image, there are two more new shots. In one, Julie Andrews portrays the Blue Fairy from Pinocchio with Abigail Breslin as a Fairy-in-Training (Disney knows their target audience, eh?). In another, Rachel Weisz plays Snow White. 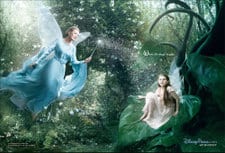 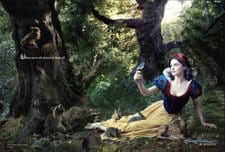