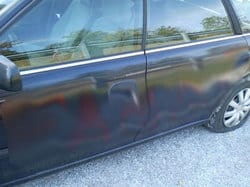 The teen sisters who committed the hate crime in St. Albans, Vermont “have a record of juvenile behavior issues” according to the Associated Press.

Meghan and Melissa Gaboury, 18 and 16, respectively, have been charged with a hate crime against a pair of distant relatives, Robert Driver and Dalton Flint, who are joined in a civil union. The Gaboury sisters allegedly spray-painted anti-gay epithets on the couple’s car and slashed its tires.

Apparently two cars were targeted in the crime. 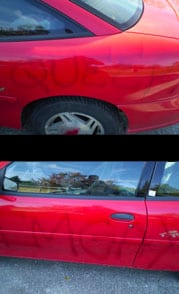 According to the AP, “On Sunday night, one of the men said he had spotted one of the sisters in a vehicle outside the house and said a short time later that he believed Melissa Gaboury had called his grandmother’s number three times, according to a police affidavit. On Monday morning, the two men awoke to find their tires slashed and their cars spray-painted with antigay slogans. ‘The girls have used these terms against us for the past few months,’ one of the men told police. ‘They use them to specifically demean us.'”

Said Vermont State Police Trooper Jay Riggen: “They were from Burlington. They moved up here to take care of their grandmother who’s in her 80s now. It’s one of those things where they’re here trying to do a good thing for a relation. To be targeted specifically like this, they just want to leave the area. The word they used was they really felt like they had a crushed spirit.”

Said Driver: “It was degrading, humiliating, and an invalidation of who we are as a couple and our lives.”