Washington State GOP Representative Richard Curtis has resigned following a gay sex scandal in which Curtis claims he was the victim of an extortion attempt. However, extortion appears to be the least of the problems for the married Republican. Today, he submitted his resignation to the House leader. 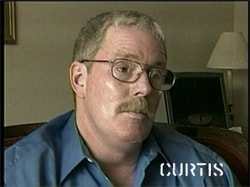 “I am very disappointed by the news reports of the conduct by Rep. Curtis last week in Spokane. After discussing this matter with House Republican leaders, he has submitted his resignation, which we feel is best for everyone involved. The troubling details continue to emerge, however, it has become clear that he can no longer effectively represent the constituents who elected him. We pray that Richard and his family have the strength and support they need to meet the personal challenges they face.”