Republican Washington State Representative Richard Curtis is at the center of an alleged extortion attempt involving a male prostitute. The case is under investigation by Spokane law enforcement. 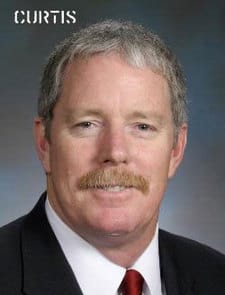 The Columbian reports: “Officer Jennifer DeRuwe, spokeswoman for the Spokane Police Department, said police expect to wrap up their investigation in the next one or two days and forward their findings to county prosecutors for a decision on whether criminal charges should be filed…The Spokesman-Review newspaper reported Monday that the alleged extortionist is a reputed male prostitute. DeRuwe would not confim that report and said that prostitution did not appear to be involved in the case. A Spokane TV station, KREM, reported on its Web site that Curtis and the man had a sexual encounter and were seen together at various spots around the city. Curtis was in the city for a retreat with other Republican lawmakers to craft strategy for the upcoming legislative session.”

Said Curtis Monday afternoon: “I committed no crime. I did not solicit sex. I was trying to help somebody out. I am not gay. I have not had sex with a guy. It’s been a rough week. Look, the rest of this will all come out. can’t say anything more until I have talked to my attorney. I have never been in this situation before.”

The Spokesman Review reports: “Elected to the state House of Representatives in 2004, Curtis has voted like a fiscal and social conservative. This spring, he voted against domestic partnerships for gay and lesbian couples. Last year, he opposed a gay rights bill that banned discrimination on the basis of sexual orientation.”

Openly gay State Rep. Jim Moeller, told the Columbian: “Richard appears to be a happily married man to me.”