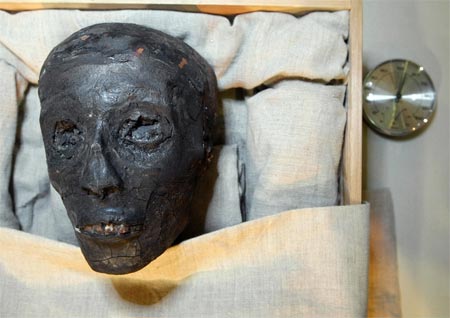 Following a two-year restoration, during which the famous Egyptian King’s male member was thought lost and then found, King Tut went on display, unmasked to the general public for the first time in the Valley of the Kings in Luxor, Egypt.

The Independent writes: “Naturally, the face the world can now see is a lot less idealised than the lustrous and splendid golden mask. It is shrivelled and leather-like from the embalming process. But, if less idealised, it is a lot more human and exhibits one very human characteristic in particular: he might have been the lord of all he saw, but young King Tut had buck teeth. The mummified face clearly display the “overbite” which was characteristic of the Thurmosid royal line to which Tutankhamun belonged.”

The restoration also saw the mummy be put into a CT scanner so researchers could perhaps determine the cause of his death. The results ruled out a violent death for the ancient ruler (who many thought was assassinated) but revealed a fractured left thigh, leading some researchers to speculate that Tut may have died of an infection brought on by the injury. 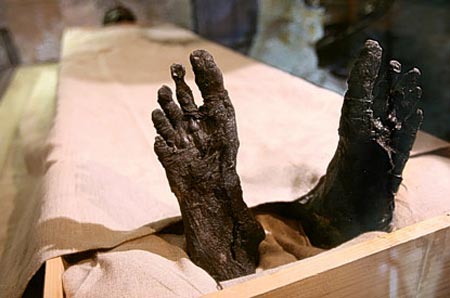