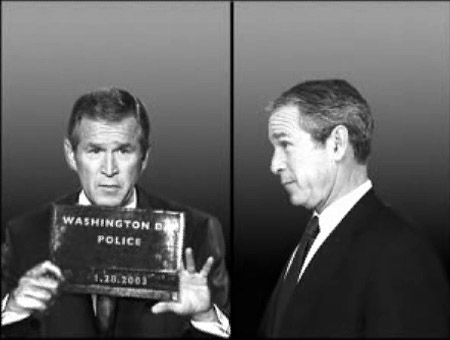 An exhibit by artists Nora Ligorano and Marshall Reese is both angering and amusing visitors to the New York Public Library. Members of the Bush administration are featured in satirical mugshots, holding placards with the date each of them stated something “incriminating” about the Iraq war, according to the New York Daily News:

“The installation includes audio clips of the administration members – complete with the sound of a flashbulb popping and a prison door slamming.”

Matthew Walter, director of communications for the state GOP, told the paper, “It is simply inappropriate to have political attack art, in the form of egregious doctored photographs of the President and other high-ranking officials who have dedicated their lives to public service, in a taxpayer-funded building frequented by schoolchildren and the general public.”

Raw Story reports: “Ligorano and Reese are well known for their political art: ‘Line Up (2004-5), their series of portraits of Bush administration officials, acknowledges that the mug shot has become the preeminent form of portraiture in America now that more people are incarcerated there, than any other country in the world. The artists debuted Line Up, selling it as a postcard book on the streets of New York during the Republican convention in 2004. Now in its third edition, they have printed and sold more than 5,000 copies.'” 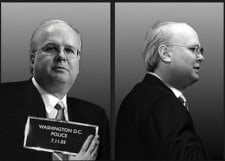 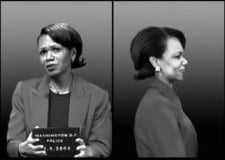 Six more works from “Line-Up” after the jump… 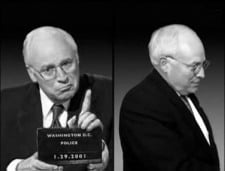 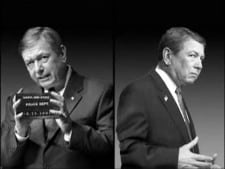 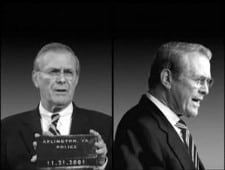 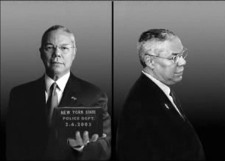 Previous Post: « 12,000 Flags to Wave on National Mall in DC on DADT Anniverary
Next Post: Morrissey to Sue NME for Failing to Clarify Immigration Remarks »