Gary Cloutier, the openly gay candidate in the neck-and-neck Vallejo, California mayoral election (the votes are still being counted) was arrested over the weekend in Palm Springs for public intoxication. 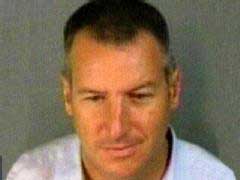 “Police were called to the area of Arenas Road and Calle El Segundo for a report of an intoxicated man attempting to drive away around 3:45 a.m, a Palm Springs Police Department press release said. Cloutier, 45, was arrested after police found him in the driver’s seat of a newer Cadillac, according to the Palm Springs police report. Cloutier was ‘staggering and could barely stand’ after leaving Hunter’s Bar, according to the police report. He was booked and held at Palm Springs Jail, and re-leased on a promise to appear at a later time, police said.”

The paper also reports that with 400 ballots still to be counted, Cloutier is ahead of his opponent, Osby Davis, by 52 votes.

Either candidate’s win will be a first for the city. Should Davis come out ahead, he’ll be the city’s first non-white mayor. Should Cloutier prevail, Vallejo will have its first gay mayor.

Davis was gracious in his response to news of his opponent’s arrest, issuing the following statement: “My reaction is that the arrest is not synonymous with guilt. My prayers go out to Gary.”

Previously
Vallejo, California Mayoral Candidates Battle to Be a First for City [tr]