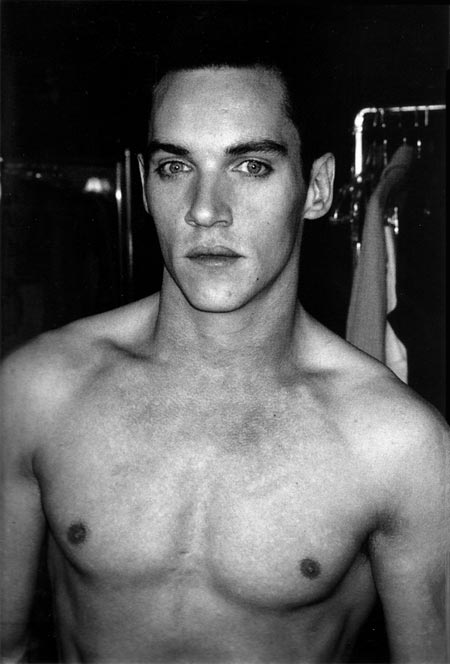 Here’s another image from Mario Testino’s recently-published book of celebrity off-screen moments, Let Me in

Jonathan Rhys-Meyers was arrested at the Dublin airport over the weekend, charged with public drunkenness and breaching the peace, according to the Associated Press:

“Dublin Airport Police said they called Ireland’s national police force, the Garda Siochana, after Rhys Meyers refused repeated requests to calm down. Police charged him with two counts of violating the Public Order Act, then permitted him to pay an undisclosed cash bail on condition he return to Dublin District Court on Dec. 5 for his arraignment. Rhys Meyers — who was admitted to a California alcoholism-treatment clinic in April and checked out the following month — was in Dublin to appear on ‘Tubridy Tonight,’ a Saturday night national talk show to promote his new film, ‘August Rush,’ costarring Robin Williams.”

A profile on Rhys-Meyers published yesterday in the L.A. Times paints a far cleaner story of the actor: “Earlier this year, he entered rehab for alcohol problems, but he doesn’t have much to say on the subject; indeed, quitting drinking sounds like more of a career plan, part of his fitness regimen, than anything else. ‘I hear people’s fantasies of my wild-child days and I wish they were as wild as that, but the reality was not so wild. In the same way that my success was not overnight. I mean, I’m all for the exaggerated version of everything, but the truth was it was boring and getting in the way of work, so I stopped.'”