London’s Mayor Ken Livingstone today spoke out today about a proposed law currently under debate in the UK that would make it a criminal offence to incite hate against people based on their sexual orientation. The debate has focused on whether or not the laws would curb freedom of speech or religious expression. 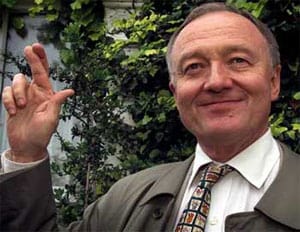 Said Livingstone today: “I welcome the Government’s proposal to make it an offence to incite hatred against people on the basis of their sexual orientation. Many lesbian and gay people experience high levels of violence, abuse, threats and insults and it is right that the government should act to provide protection against this and promote equality. Those who suggest that this legislative proposal should not be supported because it would threaten free speech are wrong. Such a law would not criminalise people being rude, let alone a free exchange of ideas, debate or differences of opinion. The Government’s proposal would make it a criminal offence to incite hatred. That is a high threshold. The sort of thing that should fall under such legislation, for example, would be the hatred incited by the far right when they assert that all homosexuals are paedophiles. Such abuse can have devastating consequences on the lives of individuals, leading to fear, isolation, bullying, physical and verbal attacks. Good community relations are destroyed by such incitement to hatred. Any proposal for incitement to homophobic hatred legislation must be effective. That means it must meet at least the standard set by the 1986 Public Order Act provisions against incitement to racial hatred. Anything that falls short of this, as was unfortunately the case with the Act outlawing incitement to religious hatred, is likely to be ineffective and so bring the law into disrepute. Given the Government’s impending Single Equality Act, I have urged the adoption of equality laws, which provide consistent and equal protections and rights, including equal protection against incitement to hatred.”