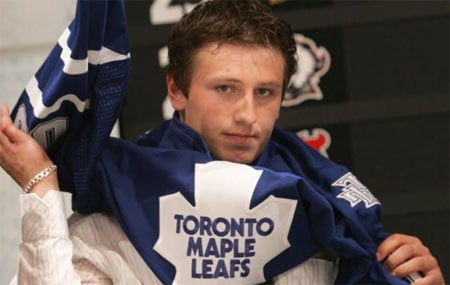 Nineteen-year-old Toronto Maple Leaf rookie Jiri Tlusty, who told a Canadian gossip site “I am not gay or bi nothing” after the site published photos of him tonguing a companion alongside nude photos taken with a camera phone, issued a statement late Tuesday. 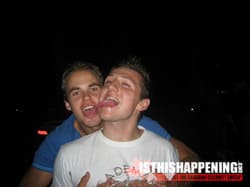 Said Tlusty: “I used poor judgment in this instance last season and I have learned a valuable lesson. It will not happen again and I have no further comment.”

Maple Leafs general manager John Ferguson issued a statement as well: “Photographs were posted recently on the Internet without Jiri’s knowledge or consent. He made a naive mistake as a teenager. It’s a lesson in how something private can easily become very public in the Internet age. Hopefully it’s a lesson that other people will learn from as well.”

Maple Leafs coach Paul Maurice told SLAM Canada: “(Jiri’s) handled it as well as anyone could handle it under the circumstances. It’s an excellent learning experience for a young man. There has to be a new awareness (about new media). When you’re in the public eye, you have to guard how you behave. I hope this young man can put this behind him quickly. I hope he has already.”

You may have missed…
NHL Toronto Maple Leaf Rookie Jiri Tlusty: “I am Not Gay” [tr]