Florida state health officials released a study yesterday, claiming that 1 in 22 gay and bisexual men in Florida has HIV. 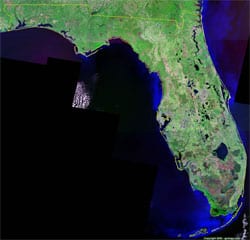 The Sun-Sentinel reports: “HIV has struck some areas of the gay community even harder, with rates as high as 1 in 11 among gay white men in Broward County, 1 in 13 gay black men in Palm Beach County and 1 in 12 gay Hispanic men in Miami-Dade County, officials said. By comparison, in the least affected group, 1 in 1,625 white women had the virus. AIDS activists who gathered in Wilton Manors to hear the new report challenged the methods behind the new estimate, but universally agreed the virus is not declining among gays as hoped. They called on officials and one another to find new ways to stress the message of safe sex.”

The paper notes: “While officials know how many Floridians are living with HIV/AIDS (82,000), and how many are gay men (34,500), no one knows how many men are gay. So, Lieb said the state assumed 10 percent of men are gay. Several activists argued that the state may be underestimating the amount of HIV/AIDS among gays.”