Former “ex-gay” Scott Harrison gave an interview to Southern Poverty Law Center about his experience coming to terms with his homosexuality after suffering through a grueling “exorcism” from a neo-Pentecostal ministry called Living Waters/Desert Stream in the 80’s. Harrison now speaks to groups like PFLAG about his experience. 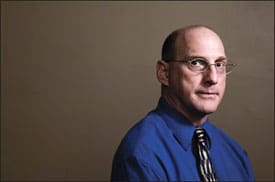 Here’s a bit of the interview.

Q: A minister in your church performed an exorcism on you to root out your homosexuality. How did that happen?
There was a particular associate minister who was pretty out there. But the problem was he was also extremely intuitive. He would know stuff about you without you ever having told him.

HARRISON: When you’re coming from a perspective that you believe God can give messages to people, words of prophecy, then it’s very easy to become prey. This guy got a team of people together. One of the aspects that is pretty strong in Vineyard, still, is that they believe that people can be “demonized.” Not meaning that a person is fully possessed by Satan, but that a person has given him or herself over to Satanic strongholds in his or her life, so that it may take an exorcism to release the various demons that this person has given over their lives to. 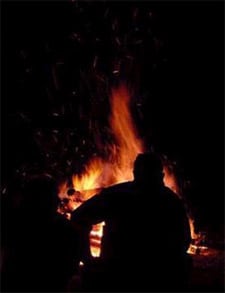 Q: What happened as you went through it?

HARRISON: It was very intense, dramatic, group prayer. It lasted at least three hours. At the end, I was drenched in sweat. There were some real areas of psychological wounding. All I can really describe it as — because of how it happened and the incorrectness of the theology — is that it felt like a spiritual rape to me. I’m not saying he [the minister] didn’t have good intentions, but it amounted to a spiritual rape. The exorcism occurred that afternoon, and then we ran into the evening church service. I’ve got hearing issues. I’m fairly hard of hearing; I had hearing aids at the time. This person was convinced that God had given word that I was supposed to give up my hearing aids, that God would heal my hearing. He did this in front of 300 people. I was psychologically vulnerable. I didn’t follow my better hunches. Even though it happened over 20 years ago, it’s hard to still not blame myself. … I knew there wasn’t a demon of homosexuality. The [minister] said that if I let him crush my hearing aids, then God would give me back my hearing. He said he would pay for them if God didn’t give me back my hearing. Then, he later reneged on that. For the next several weeks, I was faking that my hearing had been healed.

ADDENDUM: A reader has notified me that Wayne Besen recanted his claims that the Mankind Project (linked to at the bottom of this post) is anti-gay and that their New Warrior Project is an “ex-gay” retreat. Besen’s mea culpa is here.