Gay Swedish MP Fredrick Federley was assaulted in central Stockholm over the weekend, The Local reports: 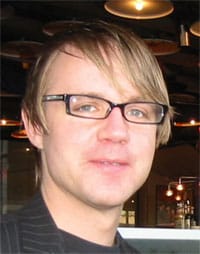 “The assault took place at the Klara Grillen hot dog stand on Drottninggatan, where Federley went with two acquaintances after leaving the Pigalle nightclub. But as they approached their destination, six or seven men in their twenties began shouting ‘here come the fags’.”

Said Federley: “Then they screamed that we were disgusting and a threat to Sweden and that they were going to beat us up.”

According to The Local, “Just as he tried to convince his assailants that fighting was a bad idea, he was struck with a punch to the left jaw. ‘I calmly told them that I wasn’t going to fight, as that would make me no better than them,’ said Federley. He then received three more blows before one of the gang managed to control the most aggressive member. Federley was sore and shaken on Monday. It was the first time he had been assaulted because of his sexuality, he said, although several friends had been the victims of similar attacks. ‘I’m more shaken now than I was then. It could have ended really badly,’ he said.”