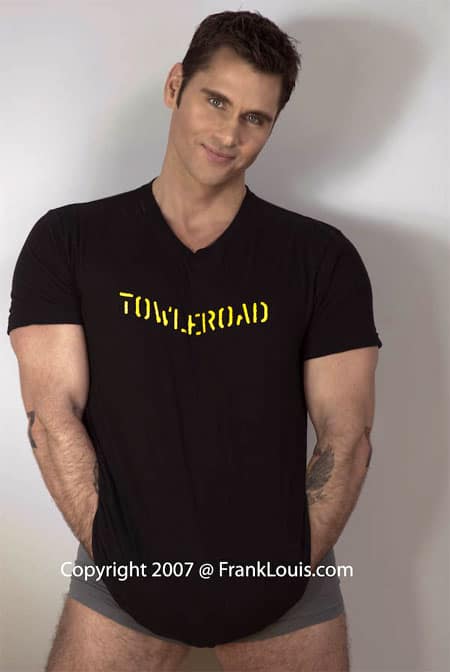 Since some of you may not have seen last night’s Project Runway, I’ll post comments AFTER THE JUMP… [[SPOILERS]]

As you may or may not know, Jack Mackenroth, who has talked previously on the show about the fact that he’s been living with HIV for 17 years, left Project Runway last night because he developed a staph infection called MRSA (Methicillin-resistant Staphylococcus aureus), which he explains (via a clip from gratz industries) more fully on his site:

“It’s also sometimes referred to as the ‘superbug,’ as the combination of natural selection and over-prescribed antibiotic treatments has created a bacterium that’s stronger than anything we have to fight it with. (See? And you thought you were just tuning in to hear about darts and pleats.) Translation: the thing is as tough to kill as that shape-shifting metal robot in Terminator 2. There are two strains of MRSA, one you typically get in hospitals where lots of people are sick and lots of people have open wounds, and one found in communities where sick people and wounded people aren’t usually in the room next door. Strangely, it’s the communal variety that’s the most dangerous. We don’t know from the brief clip which strain Jack has or where he got it, but if it’s the communal variety there’s more of a danger other people working in very close proximity could get infected.”

Jack talks about the episode in an interview on Bravo Outzone:

“I announced it to the cast. Everyone cried, and then I literally dropped my scissors and went to the hospital. I was in the hospital for five days, and I had to have an IV of a really hardcore antibiotic — twice a day for five days. The good thing about this is that if you catch it quickly enough, it goes away as quickly as it comes. It was weird, as soon as they give you the antibiotic, you kinda feel fine. I was kinda sitting in the hospital like ‘Ugh, I’m bored.’ And they did actually have to go in, and a plastic surgeon cut open the inside of my mouth because they had to drain all the stuff. It was really hardcore. For about a month afterwards I had a little bit of nerve damage actually. I could feel a little tingling in my face, but that’s all gone now. So then, I think I came back about a week later just to do my exit interview stuff. … When you see me talking on the show, in (last night’s) episode, when my face is not swollen, that’s after I’ve already come back from the hospital. I kinda just want that to be clear just because I know a lot of people are saying, ‘I hope you’re OK.’ I know a lot of people think the show happens in real time. But just so it’s clear – I’m fine.”

Anyway, kudos to Jack for handling the episode with candor and grace and educating a lot of people about living with HIV in the process. Jack is a fan of Towleroad and sent along the photo at the top of this post last night just after the episode aired.

He also wanted to share the following video with you. Jack’s definitely not letting this exit get him down. I have no doubt we’ll be hearing more from him. In the words of Tim Gunn, “Carry on.”