Woody Harrelson is trying to help cleanse Owen Wilson of his recent depression troubles at the Hanaq Pacha Retreat Center, in the Sacred Valley of the Incas in the Peruvian Andes. The two also reportedly visited a local orphanage.

Page Six reported: “Local celebrity gossip program ‘Magaly TeVe’ aired video Wednesday night of the two actors deep in Peru’s Andes bathing in an irrigation ditch wearing nothing but their boxer shorts. It showed the pair pouring handfuls of water over themselves under the highland sun.” 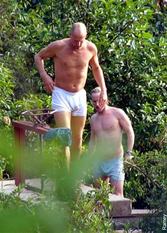 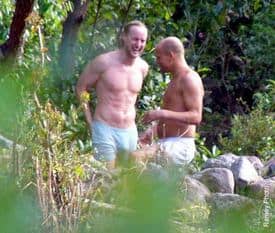 Hopefully they didn’t follow it up by beating cooked chickens with a hammer but apparently that gets the bad stuff out.

And where was McConaughey during all this? Does it not seem right up his alley?