A Manhattan service that drew dozens of people was held last night to mark the murder of Ali Forney, fatally shot in the head ten years ago this month while living homeless on the streets of New York. 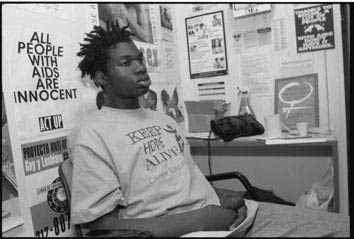 The AP reports: “His death highlighted the issue of homelessness among lesbian, gay, bisexual and transgender youths and young adults, and it led to the opening of an organization that provides housing and other help for them.”

Said Carl Siciliano, the founder and executive director of New York’s Ali Forney center: “Gay youth were getting gay-bashed [in the city’s traditional youth shelters], so Ali was afraid to go there. A lot of them decided to stay on the street.”

According to AP, “Siciliano met Forney while working at a defunct Times Square center for homeless youths. Fed up with the absence of housing and services for gay youths and what he saw as the lack of a sense of urgency to provide them, he was inspired to create the Forney center in 2002. It started in a church basement with a $37,000 grant from an anonymous donor. Today, the center has an annual budget of more than $3 million and houses 43 lesbian, gay, bisexual and transgender, or LGBT, people between the ages of 16 and 24. It also provides HIV testing, health care, meals and employment assistance, said Siciliano.”