Some patients in need of critical organs may be out of luck because of a discriminatory ban put in place by Health Canada that mirrors the restrictions placed on gay men from giving blood. The regulation, which went into effect in December, bars organ harvesting from gay men who were sexually active. 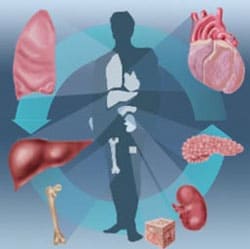 The Toronto Star reports: “The regulation, which took effect in December and closely resembles blood-donor guidelines, prohibits organ donations from sexually active gay men, intravenous drug users and hepatitis victims. Both strictures are unfair to thousands of conscientious gays, says Dr. Philip Berger, head of family and community medicine at St. Michael’s Hospital. ‘What about a gay monogamous couple, (Health Canada) is not going to let them donate? It’s ridiculous,’ says Berger. ‘It’s been known for 20 years that the risk factor is not in being gay (but) in risky sexual behaviour.’ Berger says ‘it’s what the individual does in their sexual lives, whether gay or straight, (that) puts them at risk. To exclude bona fide donors because they’ve had sex with another man … would exclude a lot of people who are no risk at all. Zero risk.’ Berger says the ‘unreasonable’ restriction is bound to reduce the supply of transplant organs at a time when the need is growing more urgent.”

Dr. Gary Levy, head of Canada’s largest organ transplant program, told the paper that the new regulation simply “formalizes” precautions that have been in place for many years. He said that transplant surgeons “will continue to make the final decision on which organs are suitable for use.”

The paper adds: “Under the new regulation, however, surgeons will have to sign a form stating they authorized the use of an organ that would normally be excluded. In the vast majority of organ donation cases, sexual history is assessed through interviews with relatives of the deceased. Even if a donor card has been signed, the family or the courts must give permission for harvesting in Ontario, Levy says. But Berger says the Health Canada regulation is fundamentally flawed because the organ harvesting system depends entirely on the goodwill and honesty of donors or their families. He adds that current HIV screening tests can confirm the infection-free status of donated organs rapidly and with virtual certainty. The only risk would come from donors in the ‘so-called window period when they’ve been recently infected,’ Berger says, calling that an ‘infinitesimal’ worry. However, Levy says HIV can incubate for 20 days or more before becoming detectable.”